Jojo (aged 13) and Evan (aged 11) give their personal comments about the games they’ve been playing these days: 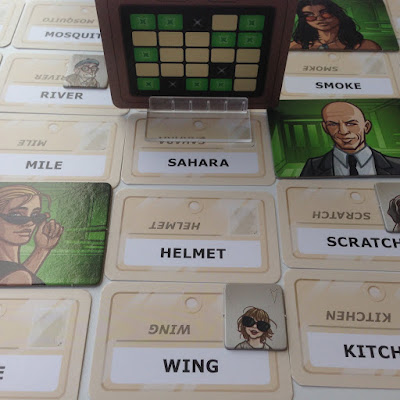 Jojo: “Well, it’s a change from the original Codenames. I prefer the original one. I find this a bit harder when you’re playing in teams because sometimes you’re all not on the same page, and then you overthink it. Evan and I were on one team, while Mum and Dad were on the other team. I found it harder to decide what clues to give to the other team because you need to discuss it with your teammate. And the scoring and timer is more complicated than the usual one. I love the new artwork though! Was it fun? Well, the original Codenames was competitive, and I found that more fun compared to this one.”

Evan: “Where’s the gloating!? In this game, you can’t say to the other team, “In your FACE!” when you win! And it was FUNNY when the other team gets it wrong! That was missing from this game!”

2. Betrayal at the House on the Hill 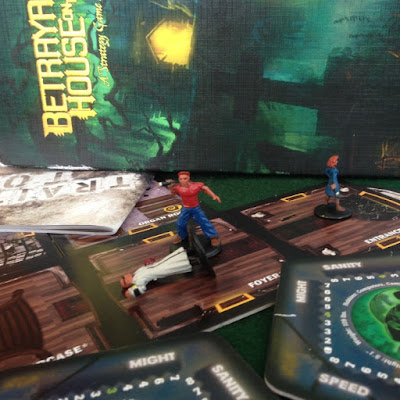 Jojo: “I learnt something interesting with this game. Mummy says she doesn’t like this game when she first played it a long time ago - but I think that was because she played it with the wrong people! So far, we’ve played this twice, and I really enjoyed it, probably because I played it with the right people, like Dad and Evan. This game is partly like a role-playing game - you don’t know what is going to happen next because there are so many different possible outcomes. I wouldn’t have picked it off the shelf myself, mainly because I don’t like horror, gore, etc, but although this game is based off all that, I still had fun playing it! I think it puts scary things into a funny perspective! Nobody is striving to win or planning every single move - we’re just messing around to see what happens next. So yes, I found it fun and entertaining, and I want to play it again - I can even name some of my friends who would have a great time playing this!”

Evan: “I love this game! Especially when you can build the house to look real weird, like with a very long Upper Floor that protrudes over the Front Entrance! Love the different Haunts - we got the Mummy and the Cannibals. I really wanted to be the Traitor, and every time someone gets an Omen, we’d all cheer and hope for the Haunt to start! With Jo and me, it’s guaranteed fun as we make a lot of jokes while playing. I even found ways to mess with the Mystic Elevator - I wanted to use it to strand Dad in the basement! I think this game is really fun with friends who make fun of stuff!” 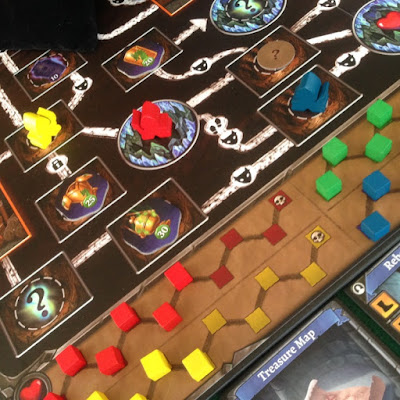 Jojo: “I like all the cool cards, and the wonderful artwork. Usually in a game where you have a limited amount of time, I tend to stress out a bit more, but in this one - it was more fun than expected! I like replenishing the Dungeon Row, and reading the new cards to see what cool things they do. I never felt that I was in a situation where I had nothing to do.”

Evan: “I like stealing the first Artifact I can get to, and then getting out ASAP. This reminds me of a video-game “Bonanza Bros” where you steal stuff and get out. And I like it that after you get out, you go party on the roof which triggers more dragon attacks! It’s all about the bragging rights, y’all!”
Posted by KK Su at 8:29 PM No comments: