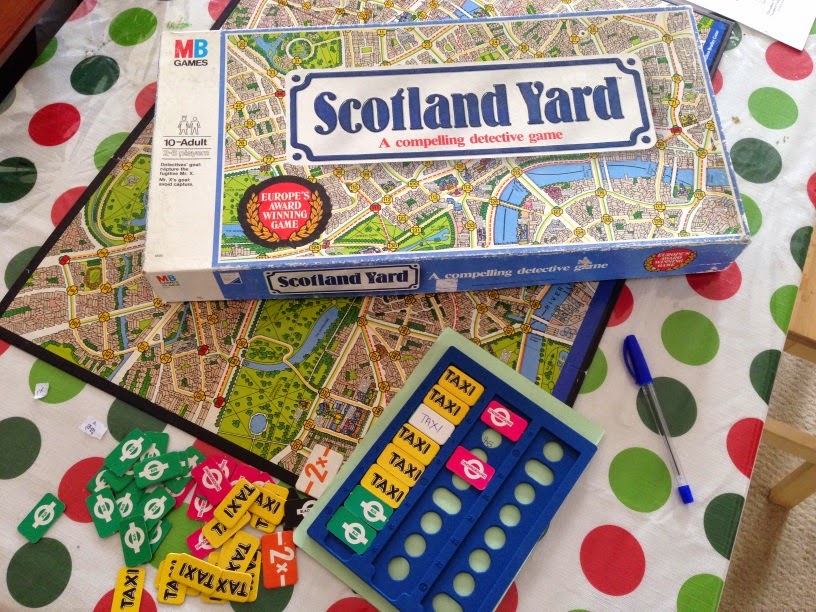 I picked up an old copy of Scotland Yard from an Op Shop some time ago. I decided to teach my kids how to play it, so I brought it out one Sunday afternoon.

"In this game, you can be either one of two sides," I explain while setting up the board. "You can either be the tireless detectives from Scotland Yard, or you can be the crazy, psycho serial killer."

It wasn't hard for the kids to decide. After some dispute, eventually they both decide to play as a single player controlling the crazy, psycho serial killer.

I set up my detective pieces, and soon had the game going. By turn 3, I tell the kids that they have to place the marker on the board indicating where their first victim is. The kids felt that the sterile, transparent marker did not sufficiently convey the full extent of their crime, so they took some time to make their own crime scene marker: 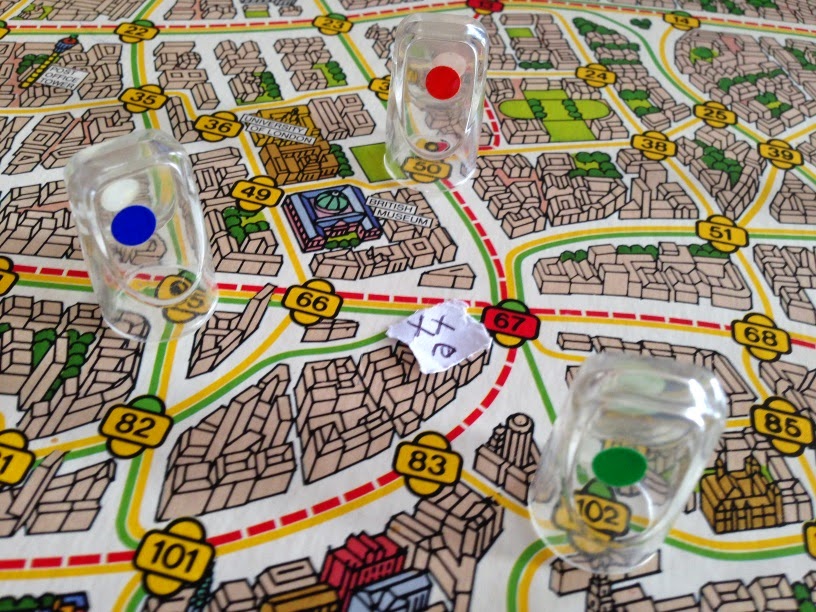 Personally, I enjoy thinking out aloud and watching the expressions on the kids' faces as I deduce their possible movements. "Ah, so if you've taken a Taxi, that means you can either be here.." Giggles. "Or here.. " Muffled shrieks. "Or here..." Innocent stares.

Alas, the violent crimes and erratic random movements of the crazy, psycho serial killer was no match for the blood-hound-like aptitude of the Scotland Yard detectives, and the killer was apprehended around Turn 13.

They say that the mark of a great game is when it stands the test of time, and this definitely fits the bill. Perhaps I should try to track down a copy of Fury of Dracula, although I doubt I'll ever get a chance to play the vampire lord.
Posted by KK Su at 6:41 PM