We played Colt Express today. It was super fun. Every time we finish a phase, we would take turns narrating the cards, making it sound like we were reading a story. The thing that I found annoying is that the sheriff is invincible and deployed $1000 one round.

It was really fun because I played it with 3 other players, because when you play with 2 players, it's not really the same. This game keeps you very engaged and determined, although you're relying on luck every move. It's the same thing every round - Bang, run, bang, steal, move sheriff, run upstairs and punch.

We gave our characters nick-names. I played Django "Fett", my mum played Doc, my dad played Ghost "Bear" and my sister was Tuco "Taco". Overall, I'll give it a 4.9/5 rating of fun game-play. Evan out. 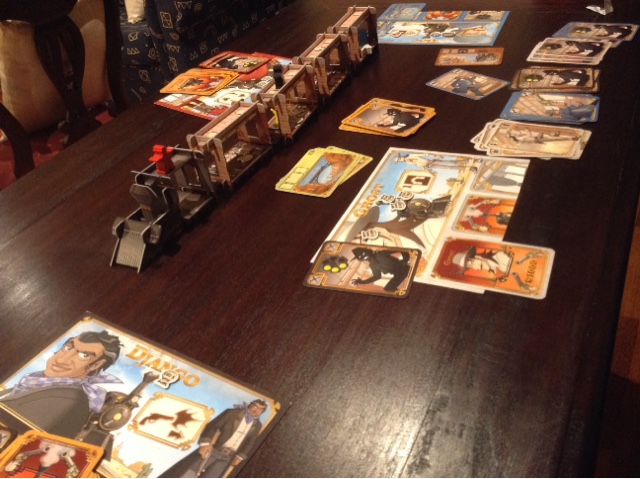