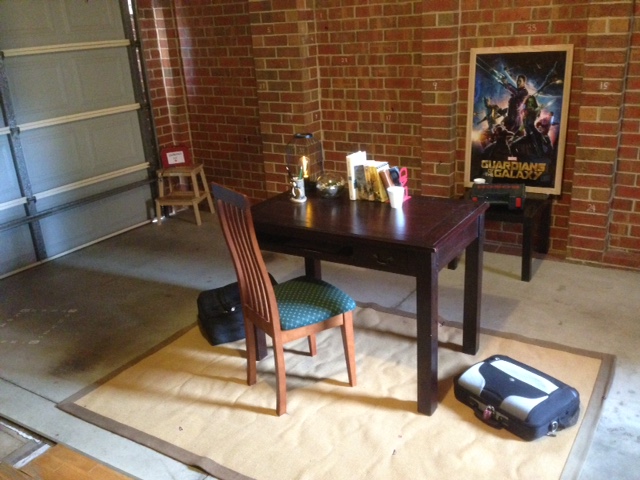 Yeah, it was a pretty wild idea, and I cannot imagine what was going through my wife’s mind when she blurted out, “Why not an Escape Room party!?” when we were brain-storming some weeks prior to our daughter Jojo’s 13th birthday.

However, after looking through some of the Escape Rooms around town, we could not find one that adequately fit Jojo's criteria of: No zombies, No murders, No viruses, No mad scientists, No jump-scares, No ghosts, No creepy music.

So the next wild idea came from me when I said, “Why don’t we just MAKE an Escape Room at home?” How hard can it be, right? So here’s a list of things that we found during this endeavour.

1. Look around for interesting items to use 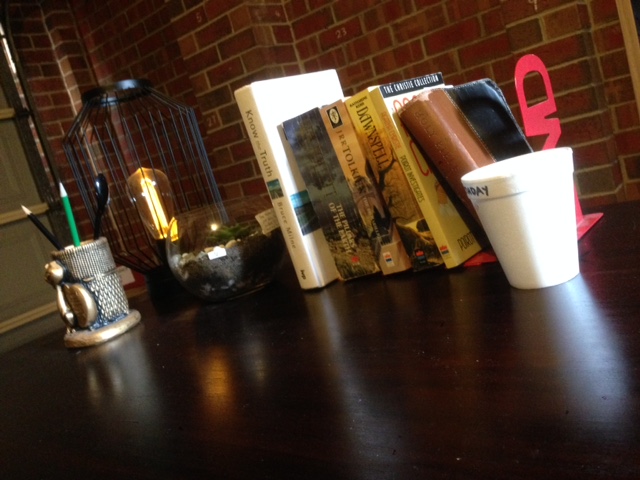 My wife and I probably spent the next week or so walking around in a half-daze, looking for things around the house, or during grocery shopping, that could be used in our Escape Room. Once identified, we squirrelled them away in our bedroom. Obvious things like luggage bag locks, a lockable money box, small pad-locks were the first, but soon we also had a pair of binoculars, a terrarium, styrofoam cups, a ‘Guardians of the Galaxy’ poster, and so on.

Most of the things we had were stuff from around the house. Some of these, like the terrarium, were sentimental because it was the first one that Jojo made, and we thought it would be fun to incorporate it somehow. My wife found a list of symbols-to-alphabet letters that my son had made as an alien language, which we decided was perfect for a decoder.

2. Ask a lot of people about what they loved about Escape Rooms 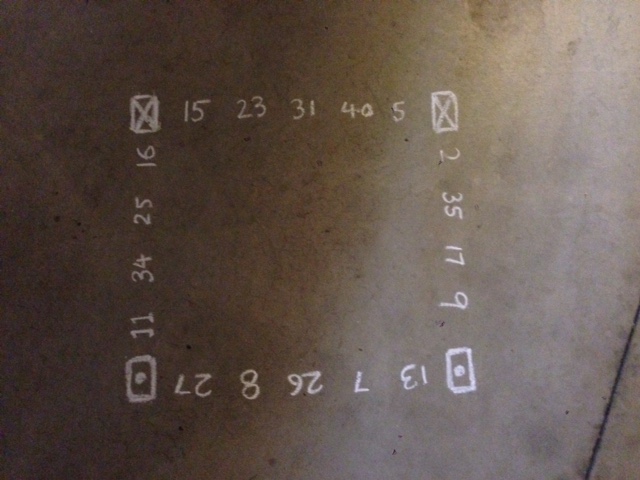 Every time we met up with people who had been through Escape Rooms, we would ask them about what they liked about it. In the age of Googling up ideas and answers, sometimes asking people you know works best, and we had the best ideas from some of our friends. The binoculars, for example, was inspired by a friend who had been through an Escape Room where she needed to use one to read numbers outside a window. 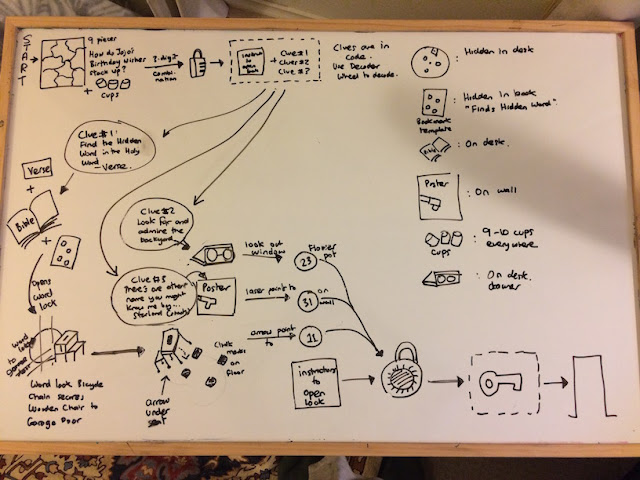 My wife convinced me that my original idea of “Locking the kids in the garage, and then going for a coffee.” would not cut it, so we eventually found time one late afternoon to draft out a basic outline of what our Escape room in the garage (or, more accurately, Escape Garage) would entail.

So with the stuff we accumulated, we drafted out one plan, and revised it over and over again. I think the plan evolved backwards. We knew that the kids would eventually gain the key to exit the garage. We needed a way to secure the key that required a puzzle, or series of puzzles, to unlock. The final idea was this: 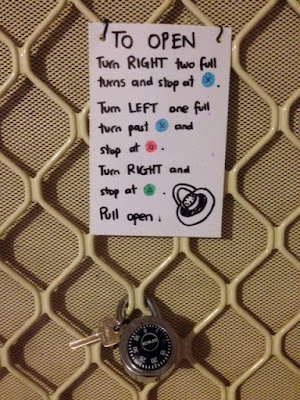 The kids would have to find the three numbers (symbolised by the ‘X’, ‘Square’ and ‘Triangle’) that would unlock the dial combination lock that would give them the key to exit the garage.

After that, it was just designing three different series of puzzles that would lead to each of the three numbers.

4. Be creative with the stuff you have 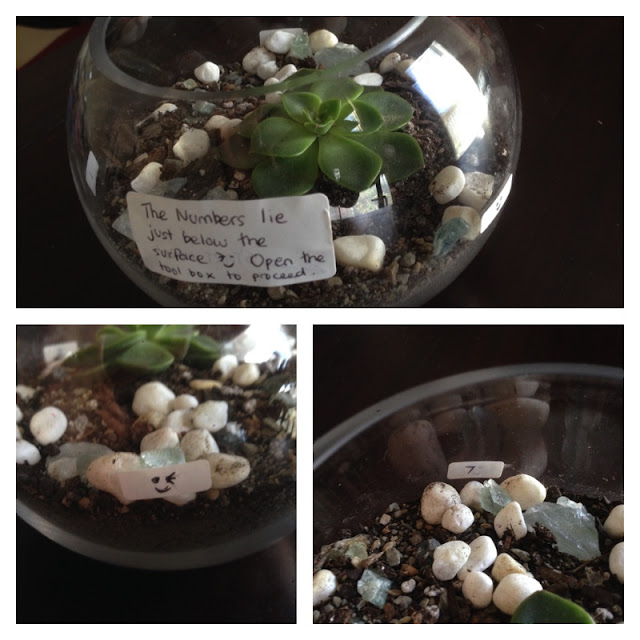 It’s hard to tell yourself to be creative with just your mind. Sometimes, you need to have something before you can start being creative with it. This was the case with the terrarium. After several ideas, we ended up writing numbers on the sticky side of little stickers, and then sticking them on the glass just below surface-level. We hid the numbers behind some rocks, and left a large sticker with a clue on how to find the numbers on the little stickers. The numbers would open a 3-digit luggage lock on the Tool Box.

One tip: if you are planning to use 3-digit luggage locks in your puzzles, try setting them as the FIRST puzzle in the series. This is because there will always be one kid who would start industriously going through every number on the combination lock while the others puzzle out the correct numbers. 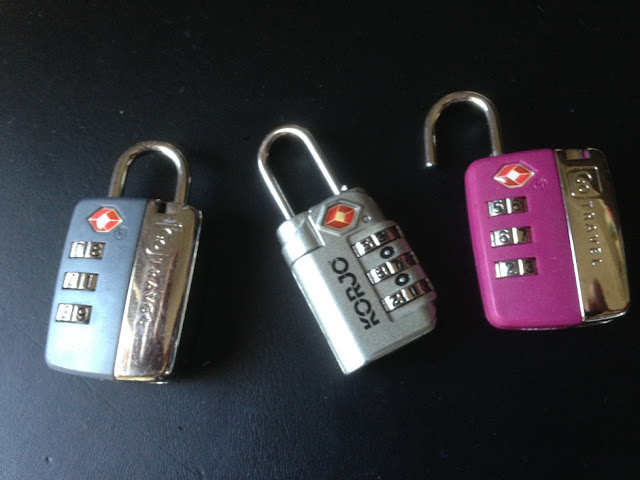 Ideally, the time taken to solve the puzzle should be less than the time to brute-force your way through all the 3-digit combinations on the luggage lock.

5. How many puzzles? How long should it take? 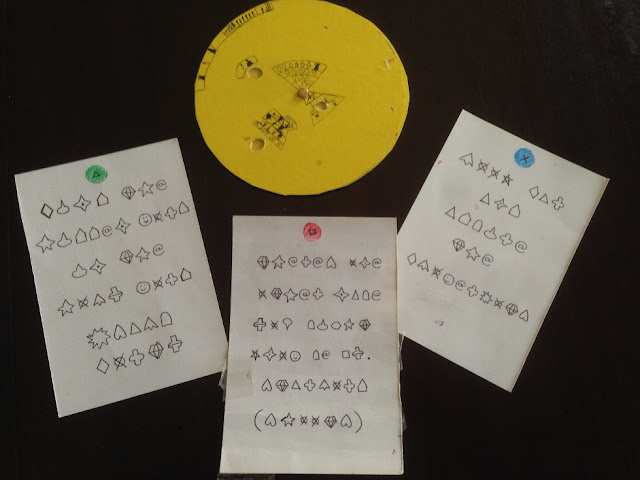 Our plan was to have a group of 4-5 kids attempt the Escape Garage in 45-60 minutes. It’s hard to predict how many puzzles it would take to make it last that long, so we took the ‘more is better’ approach, and designed a large number of puzzles that were obvious to solve, but not too obvious.

And then, we left an iPad on the desk, and Face-Timed the kids every 10 minutes to see how they were doing. If they were stuck, we would drop hints to move them along. That allowed us to pace the entire Escape Garage experience to just under 60 mins. 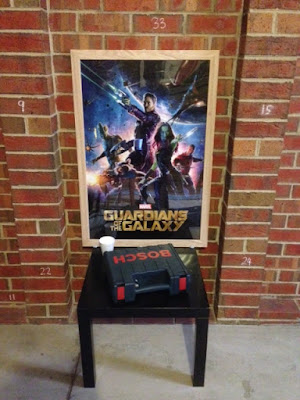 We set up a video camera in the garage, and told the kids that it would be filming them throughout the experience. This turned out to be the best thing for the party, as the kids hollered and laughed at themselves when we played-back the footage later in the day during the party. Definitely a must-do!

7. Don’t worry about things screwing up. Just have fun and roll with it! 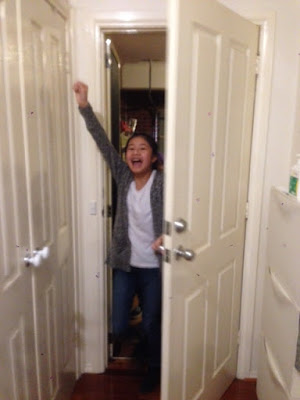 Ultimately, this was a fun party thing we were trying to put on, so when we couldn’t come up with a ‘theme’ or ‘story’ for the Escape Garage, we just forgo-ed it, and told the kids that they were being split up into 2 groups of 4-5 kids each, and we were going to time each group to see how long they took, and how many hints they needed.

Regularly Face-Timing them helped, as the kids found things that could have been misleading (I accidentally left the receipt for the laptop in the work bag! The kids spent a few minutes puzzling over that one! :-p) which we told them to ignore when they showed us.

Also, never underestimate the deviousness of a bunch of 13-year-old girls put together. The first group who went in actually spent time hiding fake clues around the garage for the second group to find! Thankfully, we could sort it out via FaceTime with the second group, and I docked 10 minutes from the first group for their deception! ;-)

All in all, it was an awesome experience, and I think my wife and I have definitely earned a few ‘Cool Parents’ points from Jojo’s friends!

For those of you who want to know exact details on our Escape Garage, read on below.


Escape Garage Details:
As mentioned, the aim was to find 3 numbers that would unlock the dial combination lock to release the key that the kids would use to escape the garage. There are 3 puzzle series that lead to each number.

One nice thing about having 3 separate puzzle series is that the kids could work on separate puzzles individually, keeping everyone engaged with something to do. So while one kid decodes a secret message, a few others are figuring out what another clue means, etc. It would have been nice to incorporate puzzles which require more than one kid to solve, like one kid reading out instructions on a wall to another kid who can't read the instructions herself, but we didn't have the proper room layout for that.

Puzzle Series#1: The Travel Bag
The first puzzle series starts off with a little purple key hidden under the desk, which opens a purple money box also hidden in the desk. The money box contains some Australian coins, some Caribbean Pirate coins, and some beads, along with the note “Going on a holiday? Make sure you bring some travel money! Tour Australia. Then cruise the Caribbean. And then trade beads with the natives. Don’t forget your Travel Bag!” Counting the Australian coins, and then the Caribbean Pirate coins, and then the beads would give them a set of 3 numbers that is used to open the 3-digit combination lock on a luggage bag labelled ‘Travel Bag’ on the floor. The Travel Bag contains a pair of binoculars, along with a note (in code) with the ‘X’ symbol. The note (after being decoded) says, “Look far and admire the flower pots!” There is a small window facing the backyard, and someone looking out with the binoculars into the backyard should spot the number ‘23’ written in chalk on one of the flowerpots. This is the ‘X’ number to open the dial combination lock.

Puzzle Series#2: The Tool Box
The next series starts with the kids noticing that the terrarium on the desk has a message and little stickers on the sides. The message says, “The numbers lie just below the surface. Open the Tool Box to proceed!” Closer inspection will show that the other stickers are just below the surface of the dirt in the terrarium, and digging just under the stickers will reveal three numbers written behind the stickers which show through the glass on the inside of the terrarium. The numbers open the 3-digit combination lock on the Tool Box, which contains an encoded message along with a ‘square’ symbol: “There's one other name you might know me by. Star Lord! (shoots)” Guardians of the Galaxy fans (like my daughter) will immediately recognise that this is a line from the movie, and that Star Lord refers to Peter Quill in the poster. If they follow the line of Peter Quill’s laser blasts, they will find the number ‘31’ written in chalk on the brick wall. The other numbers on the wall are just a distraction. This is the ‘square’ number to open the dial combination lock.

Puzzle Series #3: The Work Bag
This series starts with the kids putting together a jigsaw puzzle which they are given at the start. The jigsaw contains a message: “Stack Jojo’s Birthday Wishes to open the Work Bag”. There are styrofoam cups placed around the garage. Closer inspection of the cups will show a number on one side, and the words ‘Happy’, and ‘Birthday’ and ‘Jojo’ on different cups. Stacking the cups in this order will give them the numbers to open the 3-digit combination lock on the bag labelled ‘Work Bag’ on the floor. The bag contains a coded message: “Find the Hidden Word in the Holy Word. Psalms Forty.” There is a bible on the desk, and a bookmark in the bible with two holes cut into it, one marked ‘Verse’ and the other marked ‘Hidden Word’. Placing the bookmark on the page of ‘Psalms 40’ with the ‘Verse’ hole over the ‘Psalms 40’ title will reveal the word ‘here’ in the ‘Hidden Word’ hole. The bookmark also has a message: “The Hidden Word will unchain your way forward!” This refers to the step-stool secured with a bicycle chain word lock next to the garage door. The word ‘HERE’ unlocks the bicycle chain word lock which frees the step-stool. Closer inspection of the step-stool will reveal that it has an arrow (along with the symbol ‘Triangle’ on it) pointing to one edge of the stool. The underside of the step-stool reveals ‘o’s and ‘x’s drawn in chalk on the feet. Placing the stool on the rectangular chalk numbers on the garage concrete floor with the ‘o’s and ‘x’s lined up will show that the arrow points to the number ‘11’. This is the ‘triangle’ number to open the final dial combination lock.

Emergency Kit
We also had an Emergency Kit with a bag of lollies in it. This was just for fun, and the kids really appreciated it!
Posted by KK Su at 12:45 AM